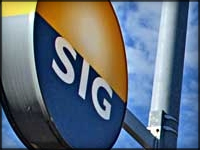 Once a month, SIT organizes a meeting of its active members to discuss issues, prepare sessions, guide and organize union activities at GIS. These meetings are open to all and all SIT members who wish to participate actively. He participates in the drafting of demands for the year-end negotiations with the Directorate-General to improve the working conditions of all staff.

SIT also regularly organizes union training days. He is consulted by the authorities or the commissions of the Grand Council on bills related to the activity of GIS. The union takes a position on each issue of the Grand Angle newspaper.

The union has a representative within the CAP. He also has an elected representative on the SIT-SSP list in the Staff Committee and some of his delegates participate in various working groups. SIT is also a member of the Intersyndicale de SIG (SIT-SSP-Syndicat Chrétien-Syndicat SEA-Staff Association Ville de Genève and SIG).

The union accompanies its members who encounter difficulties, advises them and defends them when necessary.

For any additional information, please contact our secretariat at 022 818 03 00 or go to one of our offices.

The issues in this sector are as follows:

The union is opposed to the draft new Staff Regulations

The union is opposed to the liberalization of the electricity market

The union is fighting for the preservation of a public service in the field of water, gas and electricity distribution.

The union was consulted in autumn 2009 by the State Council on a draft law on the governance of public institutions that should apply to SGIs, inspired by the same management models of private companies, the same models of good governance according to the OECD and presents a barely modified copy of the project that was swept aside by the people in June 2008. The SIT persists in its disagreement.